My two favourite NHL teams had awesome seasons last year: the Canucks were one game away from winning the Stanley Cup, and the Tampa Bay Lightning were one game away being in the Finals. Vancouver and Tampa Bay are still my Western and Eastern teams of choice, but my interest in the rest of the league has shifted a little bit, as players have moved around.

Here are a few teams I’m paying special attention to during this NHL season, and why. 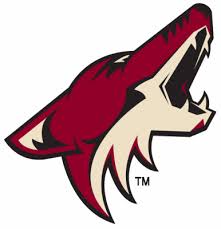 I’ve been a Coyotes fan for a couple of years, now, and I’m going to stay loyal this year. It pains me to say this, but I think the team has gotten a lot worse over the summer. They lost Ilya Bryzgalov via free agency, and replaced him with Mike Smith. I’m not saying Smith is a bad goalie, but he isn’t a proven starter; he hasn’t shown that he has the consistency and endurance to carry a team. Where would the Calgary Flames be without Mikka Kiprusoff? Well, that’s where the Coyotes are now that they’ve lost Bryz.

The rest of the team has taken some hits, as well. Ed Jovanovski went back to Florida, hurting the Coyotes’ depth on defense. Keith Yandle will have to shoulder even more of the load, now. He’s capable of it, but one Grade-A defenseman isn’t enough. It’s hard to say what will happen on offense, but Shane Doan isn’t getting any younger. Raffi Torres is a solid third-liner, but I worry that this team will really struggle to put up goals again.

Prediction: Inconsistent goaltending and low goals-for numbers mean the Coyotes are going to miss the playoffs this year.

I’m a big fan of the work the Blue Jackets did over the summer, bringing in Jeff Carter and James Wisniewski. Neither of these players is exactly a “face of the franchise,” in my opinion, but Carter is the best centre Nash will have ever had in Columbus, and Wisniewski did some really great things on Long Island before injury troubles. Both of these guys should help the power play a lot, as well.

For these moves to really be considered successes, I think Carter is going to have to put up 70 points, Rick Nash is going to have to score 40 goals, and Wisniewski will need to be in the 50-point range. Just hitting those individual goals won’t be enough to get the Blue Jackets into the playoffs or make them contenders, though; they’re also going to need goaltender Steve Mason to return to the form he had during his rookie year, and they need young Ryan Johansen to turn the second line into a true scoring threat. They don’t have the strongest defensive group, either, so a lot of things need to go right this year.

Prediction: The Blue Jackets will make the playoffs in 7th or 8th. 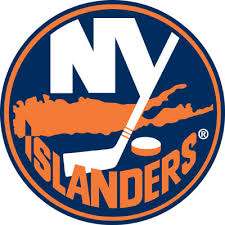 I find the Islanders fascinating. Here’s a franchise that has done so many things wrong for so long. They can’t hold on to good players, they make terrible trades, and their goalies keep getting long-term injuries. Finally, though, I think some things are starting to improve on Long Island. Michael Grabner’s 30 goals are maybe the most positive story to come out of last year for the Islanders, and it’ll be really interesting to see if he can have another season that good. I’m crossing my fingers for him. John Tavares needs to be better; he’s getting there. Maybe this will be the year he breaks out, like Stamkos did a couple of years ago. Travis Hamonic has been a really good story for the past couple of years on the blue line. If Mark Streit can stay healthy, the Islanders should actually have a decent blue line.

There are still some big questions, in my mind, around the contributions of some of the names often mentioned as part of the Islanders’ “youth movement.” What will the team get from Kyle Okposo, Josh Bailey, Nino Neiderreiter, and Ryan Strome? The latter two can’t have much expected from them, but Bailey and Okposo need to step up this year if the team is going to have any real chance at success.

Evgeni Nabokov finally agreed to play this year, sounds like, so if he gets back on form that will really solidify the goaltending scene for the Islanders. Is 36 too old for a comeback? Islanders fans hope it isn’t. Nabokov will definitely be interesting to watch: will he be motivated enough to win, playing for a team he never wanted to be a part of?

Prediction: The Islanders are going to fight for a playoff spot this year, but fall just short. No lottery pick for them this year, though!

I’m not sure why, but the Flyers have really intrigued me for a couple of years, now. I think Mike Richards had a lot to do with my initial attraction to the team. I love the two-way, physical player; that’s why I have a Ryan Kesler jersey hanging in my bedroom. Beyond Richards, though, I was impressed by the amount of top-tier talent the Flyers were able to cram into their forward lines, a mixture of kids and veterans. High-scoring teams are always fun to watch.

When the Flyers traded away both Mike Richards and Jeff Carter during the summer, I was shocked. I had to take a step back and decide whether I wanted to give the Flyers any of my attention after that. How could they give up two of their best players and still hope to have any success? But now, seeing what they’ve done with their roster beyond those moves, my curiosity keeps continuing to grow.

Philadelphia still has a ton of talent in its forward lines. They were able to trade away Carter and Richards because they still have Daniel Briere, Scott Hartnell, and one of my personal favourites, Claude Giroux. There is plenty of youth coming up to fill in the holes, between Giroux, James Van Riemsdyk–who many people think is ready for a breakout year–the newly acquired Brayden Schenn, and high draft pick Sean Couturier. On top of that, the Flyers went out and signed Jaromir Jagr, one of the great scorers in NHL history. Even if he’s a total flop in his NHL comeback, he’ll be a solid veteran presence, and he’ll force the other team to pay attention to him, opening up some ice for his linemates. Wayne Simmonds is a pretty good depth addition, as well.

The defense has stayed intact, and there’s nothing wrong with that group of players. Behind them, though, the team brought in Ilya Bryzgalov, and you’ll know from my comments above how much I respect his abilities. The only question with Bryz is his attitude, which showed through as somewhat negative during last season in Phoenix. As long as the coaching staff is able to get the best out of their new goalie, this will be one difficult team to score against.

Prediction: The Flyers will start off a little bumpy as they sort out their new chemistry, but they have way too much talent. They’ll finish 4th or 5th in the East.

One thought on “New NHL Season: Tim’s Teams to Watch”

This site uses Akismet to reduce spam. Learn how your comment data is processed.

Special People is superhero fiction with a fistful of twists.
Special people have special problems.

BECOMING contains over 200 pages of great short stories for only $10. Order yours now.

DISCOVERY packs nearly 200 pages of exciting short stories into one book for only $10! Grab your copy!

Galloway's Hunt is a story of adventure, exploration, and a brand new world. Buy it now for only $0.99!